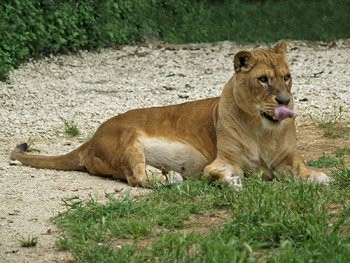 Falconara Zoo was first opened as a private Institution in Falconara since 1968. The zoo now covers 60.000 sqm. Initially the zoo was only a park for entertaining children, with swings and games and small fairy-tale houses, it had very few animals, and they were domestic animals. After a few years the park began to evolve as a zoo; new species of animals were introduced; birds and in particular felines, the owner’s great passion. The park went through some difficult years during which there was a lot to learn: how to take care of and breed wild animals, how to organize the zoo and most importantly how to become known and appreciated by the public. A lot of sacrifices and hard work paid off when, in the 80s, The UIZA (The Italian Union of Parks and Aquaria) founded in 1971, made Falconara Zoo a part of its association.

The UIZA groups Italian zoos and Aquariums that respond to certain ethical codes, they keep their members constantly informed on laws and legislations that have to be respected and show their members the right way in keeping in line with the most recent concepts of zoos and modern European standards. Since then, a lot of work has been carried out by Falconara Zoo: the construction of new enclosures, which are suitable for the breeding and conservation of the species kept in them. The enclosures are no longer made from cement and bars, but from metallic netting and vast glass walls so as not to obstruct the animals’ vision, the enclosures are surrounded by vegetation and the interiors have been designed to respect the animals’ needs. The pre existing enclosures have also been altered, where possible, to guarantee an adequate life for the animals hosted there.

The staff has been amplified, with the introduction of biologists that take care of the educational aspects of the zoo and there is also a vet and a zoologist. Numerous schools visit the zoo and are able to have guided tours of the zoo and use the educational laboratories which are very instructive. During their visit the children learn about basic notions of the biology of the animals, they are also taught to respect nature and are informed about the problems of conservation of endangered species and the role of modern zoos. In April 2006 Falconara became a member of EAZA (European Association of Zoos and Aquaria). This association groups more than 300 European institutes that have to follow an ethical code of conduct based on present day concepts in modern zoos. Falconara has among its animals some very important species of animals that are in danger of extinction and these animals are included in the CITES. CITES (International Trading Convention for Endangered Species), was launched in 1973 in Washington when it became apparent that trading animals internationally was contributing to the disappearance of many species. Today more than 140 countries, including Italy (since 1980), respect the CITES legislations in which animal species are divided into different categories according to their risk of extinction (because of trade), Category A prohibits the commerce of the species that are most threatened, and animals in Category B, C, and D undergo scrupulous checks and permissions before any trading can be considered.

Zoos have a fundamental role in the safeguarding of these species, that is why all animals of this type are rigorously filed and have specific documents issued by the CITES Forestry Corps service in order to protect these species of which some in the future could be reintroduced to nature. In the last few years, the protection of animals in our country has become increasingly important, so much so that with the introduction of Law n. 150, 1992 (art. 6 comma 6.) the Ministry of Environment has prohibited the keeping of dangerous animals. Falconara Zoo However, after an inspection by the CITES Scientific Commission in November 1997, was considered qualified to keep such animals thanks to the reconstruction of its enclosures and the capacity of the zoo to offer adequate conditions of life to the animals kept there. Today Falconara Zoo is considered to be a modern centre of conservation. It also participates in international projects, like the European Programme for Endangered Species (EEP), that coordinates the efforts of zoos in the safeguarding of endangered species. So....we invite you to take a look for yourselves and verify how satisfying a walk in the green of our park among these beautiful creatures can be. 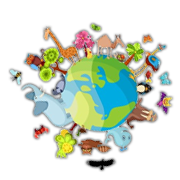